I took part in Ludum Dare 38, the theme was "A Small World". I was coaxed into it by an internet friend, and came up with a technically compelling idea. You can play it for free on itch here. 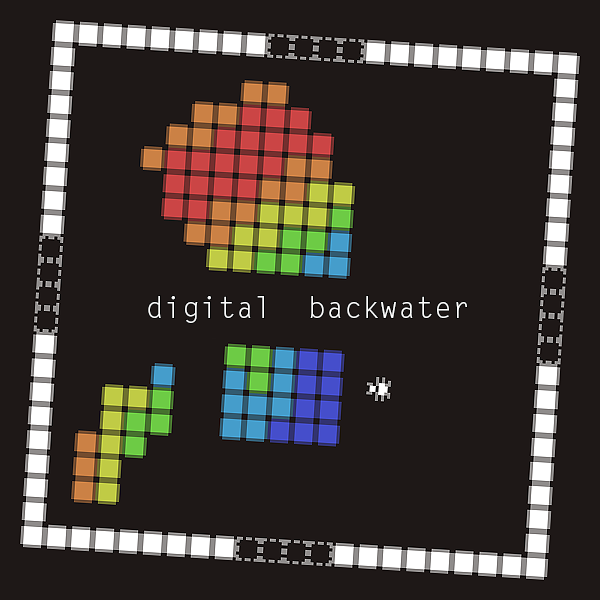 Digital Backwater was a mad dash from conception to completion and I enjoyed every minute.

This is a quick postmortem of what happened before I get swept away by work again.

The leftovers of digital interactions are all around us: abandoned forums, dwindling chat rooms, folders hiding forgotten in the corner of your desktop, old embarassing comments on social media. I'm intrigued by this phenomenon and wanted to explore it a little.

The idea was to have a persistent, synchronised world between players, and give the players tools to mess it up. The hope was to build a system that would accumulate "detritus" at an accelerated rate, but somehow keep the scope small enough to finish in a day, which was all the time left in the game jam.

For the synchronisation and persistence, I used libraries from Google's Firebase project.

At it's core, Firebase is a collection of libraries to handle a lot of the "baseline" stuff an app needs (web, mobile and I think desktop too?). They offer analytics, authentication, cloud storage, crash reporting, a nosql database and quite a lot more by the look of it.

I was only interested in the authentication and database, so they're the only things I touched this time around.

The only authentication system I used was the anonymous authentication - basically upon connecting, a user gets a unique ID to use for their session and that's tied to all their database access, can be used for access control and so on. From what I can tell Firebase also has a whole host of other authentication systems built in, which is nice if you're into that.

The database is a json-based nosql "realtime database", which basically means the client keeps a hold of a copy of relevant data and syncs changes to and from the server. There's a few different ways to access that data but because of the local copy, reads and writes don't always have to hit the server straight away, and it will apparently try to reconnect and resync changes if the connection is broken and re-established, working off local data in the meantime.

This isn't so great for real-time stuff but I imagine it's very useful for "normal" apps, and it'd suit less dynamic backend stuff for games too.

That said, I used it for everything - from player movements to the world state. This meant that there was no server to write on my end and let me get the multiplayer code done in a morning. It's somewhat an abuse of their system and I doubt it'd scale super big, but it worked surprisingly well for a jam game :)

That said, it's no magic bullet.

Thoughts for the future

I've actually been thinking of building a similar system of synchronisation and messaging for web apps - not for persistent data, but for soft-real time stuff. As firebase doesn't seem to handle real time stuff very well (or at least, not very cheaply), maybe those two systems could work in harmony nicely?